A friend of mine was enjoying his Chinese UC40 projector, but for some strange reason, the manufacturer figured that it would be a nice feature to watermark the projected image. So he decided to upgrade this beamer with what turned out to be a incompatible image. 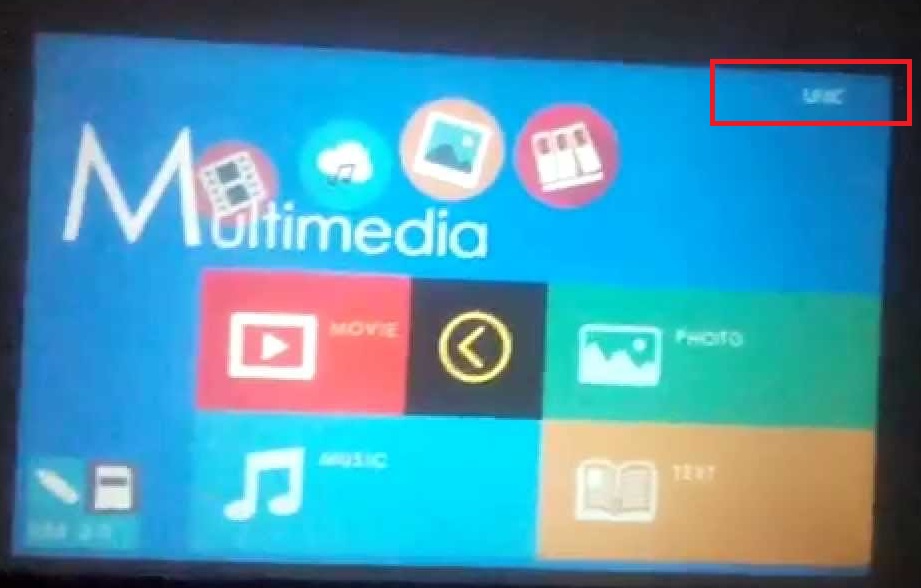 So when he encountered a supposed update for his projector (which was hosted on Facebook),  which made the watermark optional, he took a leap of faith…. and was disappointed,  the watermark was gone, but also the rest of his projector functionality, he bricked it.

So he inquired as to what his options where, grabbed some beer, and started googling like mad-men.

We assumed there where two possible reasons as to why the projector didn’t function anymore:

So we started prying open the case to look for the components that may give some hints, as to how to revert to a working device 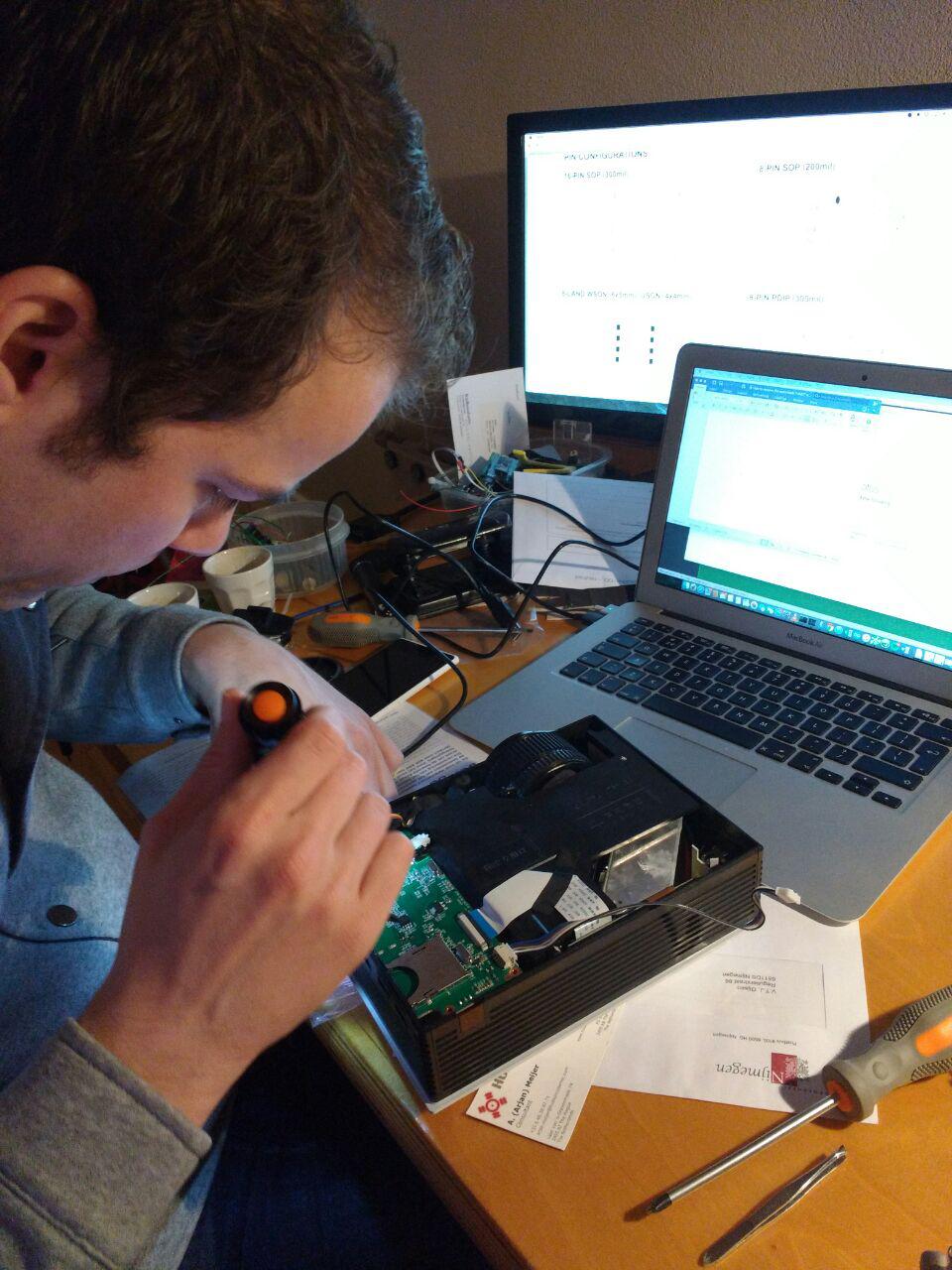 What we found was rather intrestring:

Using a SPI-reader/write (the bus-pirate), with beta-firmware to speed-up the read/writes, we dumped the information. But any programmer, supported by Flashrom, will do!, so a spare Arduino, will do the trick, just check if it is 3.3 volt :P/

Comparing the the flashed file, as well as size of the image residing in the SPI-flash,  revealed some interesting hypothesis: 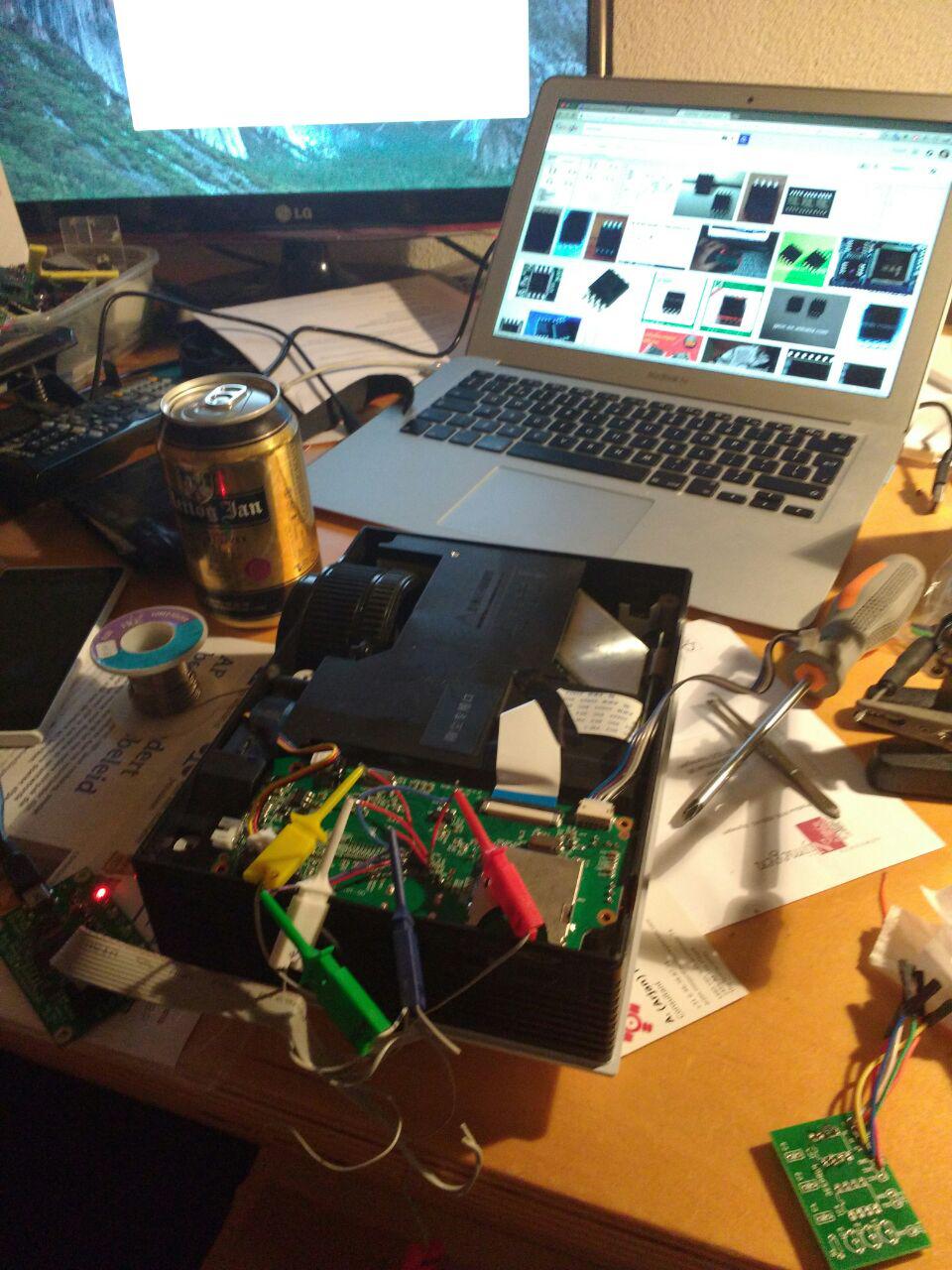 Either the firmware only updates the CPU stuff assuming the latter part in the SPI-flash, contains the FGPA-image, or this is a completely different device. 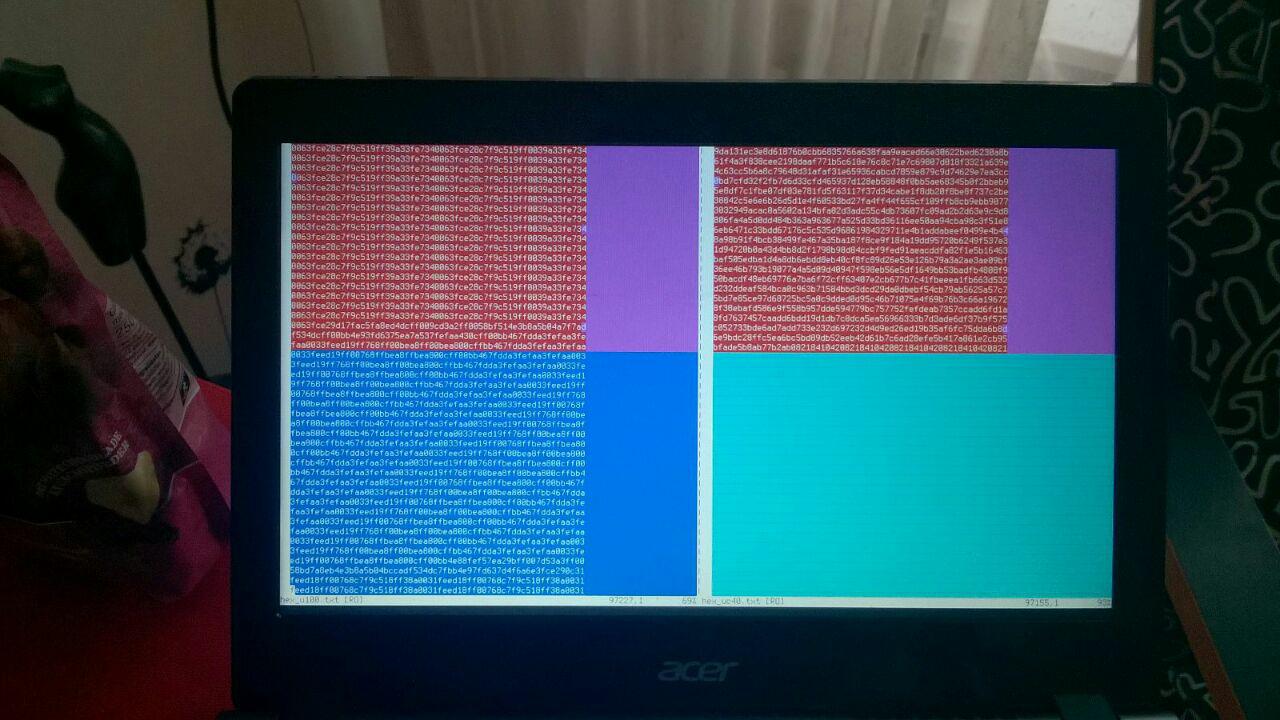 Assuming that the firmware file, retrieved from Facebook clearly wasn’t a full SPI-flash, we searched on, with result! We found some Russian electronics forum, which contained a full dump of a Tronfy projector (which striking similarities). This file did contain the latter part of what remained in the SPI flash. 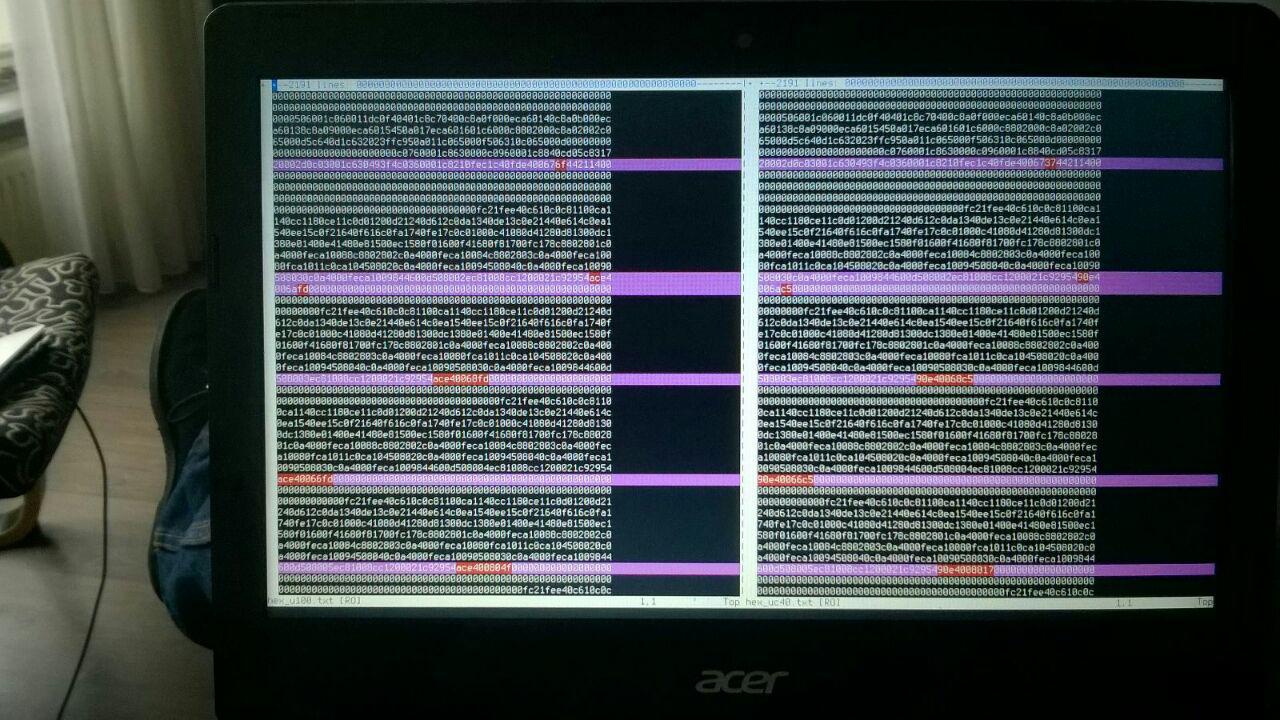 Removing the SPI flash (due to inconsistent dump), and attaching it to the bus pirate gave consistent reads from the chips’s data. 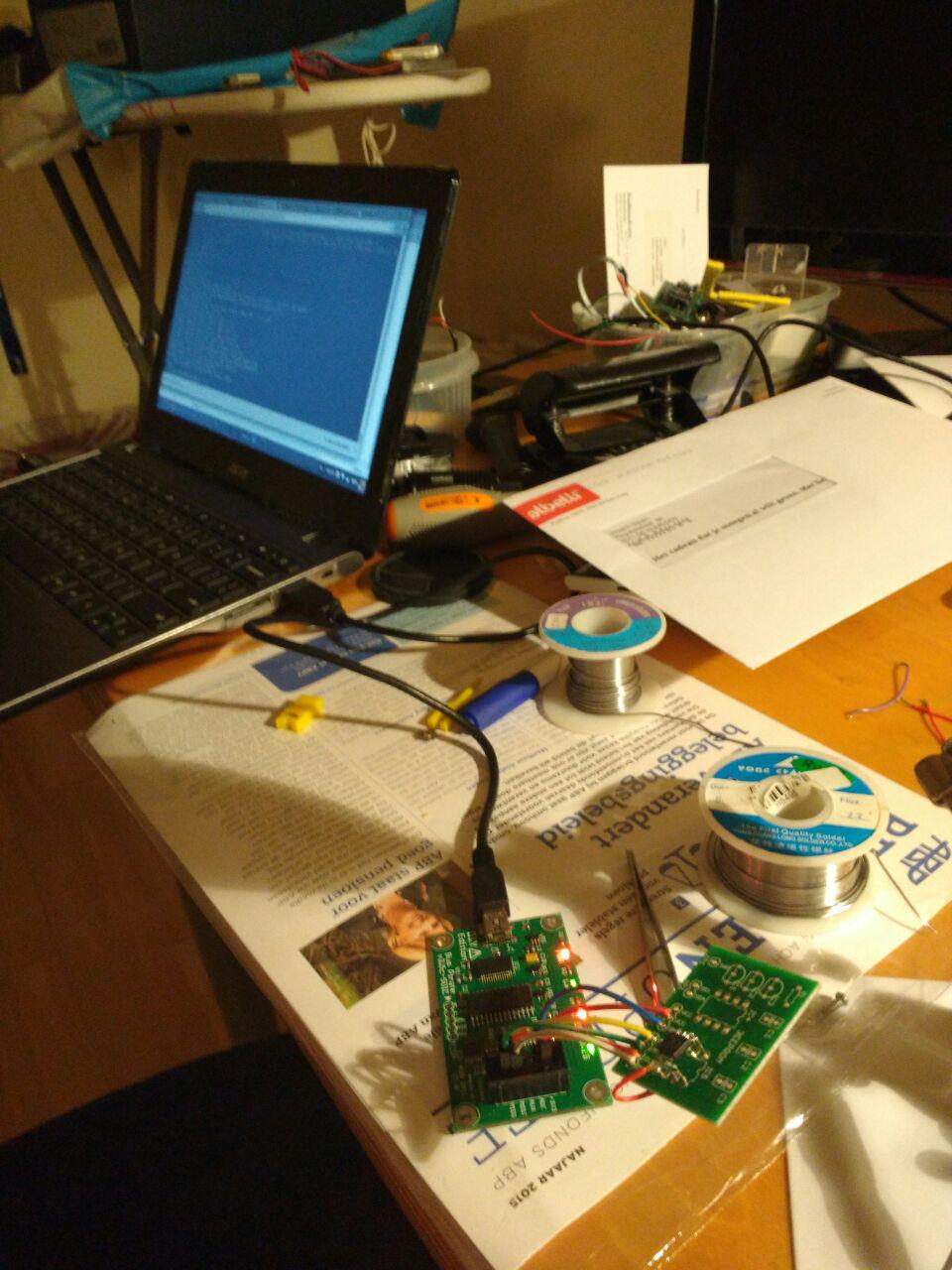 writing back the Russian version, made the projector project again, with a Russian Menu. 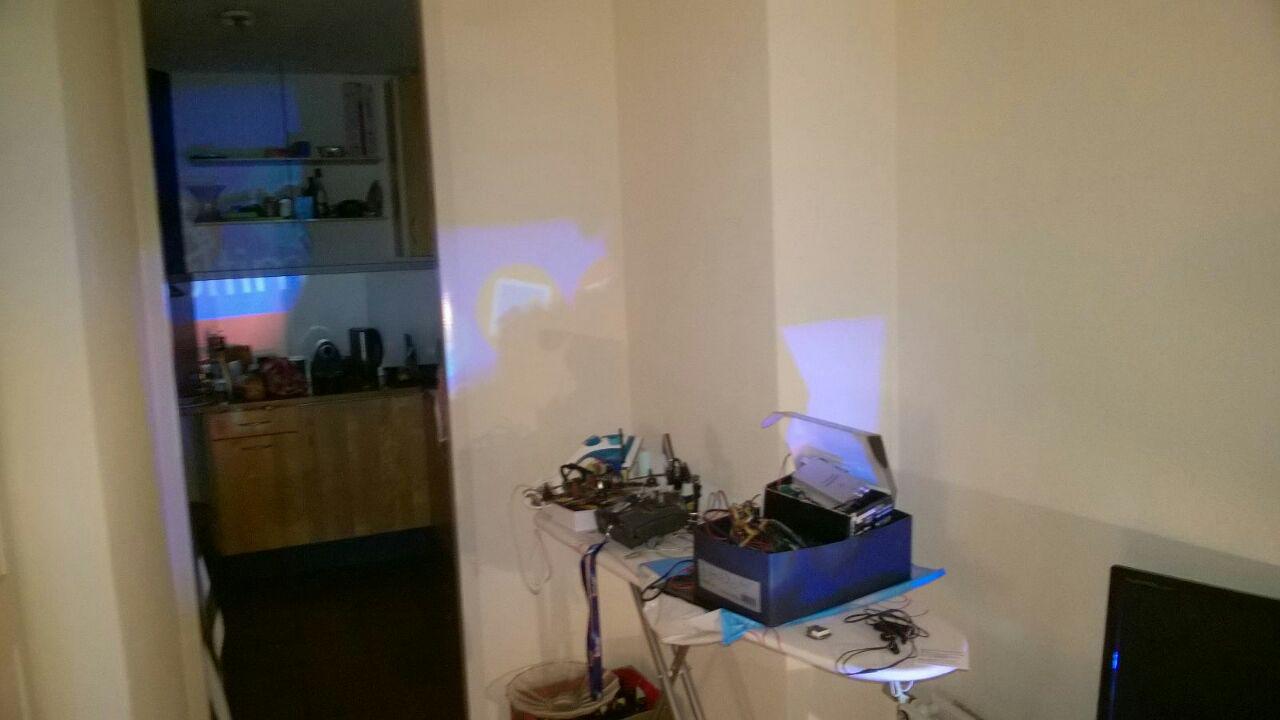 Some interesting observations made. When using binwalk, there are Tiff images, which make up the boot-screen,